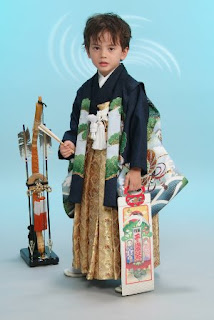 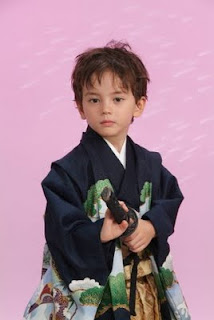 In Japan, we went to have Arata's Shichi go san photos taken.

The Obi (belt) must have been quite tight. Arata complained he was sick and dizzy during the photo shooting. We took off the costume and he rest for a while. When we were considering coming back some other time, he said, "I will try my best." We were so surprised how much he has grown up.

And he really completed the photo shooting. My parents were so moved by his effort, they bought a plarail train for him!
Posted by Laksa at 06:18