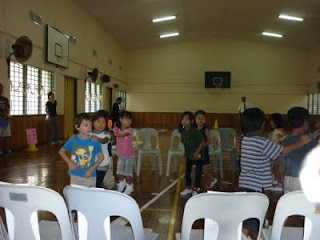 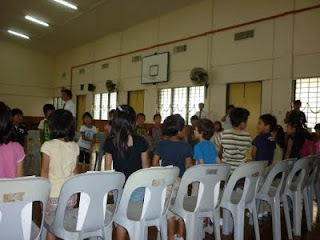 Arata went to a trial session of Japanese school. It was targeted to the children who are starting the Primary from next April.

I had a look at the Year 1 class. There were only 15 children and the atmosphere was quite relaxing and nice. Compared to the Chinese Primary school I went to visit last month, the class size is smaller thus better. (Well, even the Chinese school I went only had 30 pupils per class and considering the fact that we had about 45 pupils in a class when I was a child, the Chinese school has also smaller classes.)

When potential children were sitting in a big hall, they were lining up by alphabetic name order, I learnt this later. Interestingly, it's not by their first name but their family name, and of course it's 'my' family name! I'm so used to the Western way and it was a fresh surprise!
Posted by Laksa at 07:54